Schizophrenia & Psychosis Action Alliance is leading a coalition to reclassify schizophrenia from a behavioral to a medical condition.

The international classification of disease (ICD) is the standard for reporting diseases and health conditions in healthcare records and medical research. These codes are found on patient paperwork, including hospital records, medical charts, visit summaries, and bills. These codes ensure patients get proper treatment and are charged appropriately for any medical services they receive.

Schizophrenia and other psychosis spectrum disorders are currently classified as mental, behavioral, or neurodevelopmental disorders. There are many disadvantages to classification in these categories, including stigma, treatment avoidance, and a lack of demonstrated oversight to ensure people get the treatment they need with adequate coverage.

Why does reclassification matter?

We believe reclassifying schizophrenia as a neurological disease is an important first step to providing better care. Our strategy is designed to measure the total societal burden of schizophrenia in the United States, including healthcare costs, criminal justice system and social welfare system costs, impacts of unemployment and underemployment, and impacts on caregivers.

Understanding the full impacts of schizophrenia on those living with the disease and on society is critical to providing supportive evidence for reclassification.

Additionally, S&PAA plans to leverage the findings from this research to address health inequities caused by the inappropriate classification and subsequent inappropriate care system for those living with the disease. Findings will be used to motivate policy changes to improve access to affordable and appropriate health care and related services including, but not limited to:

Why should schizophrenia be classified as a neurological disease?

Reclassifying schizophrenia as a neurological disease makes sense for a number of reasons.

The defining feature of schizophrenia is psychosis spectrum disorders, manifested primarily by delusions and hallucinations associated with structural and chemical changes in the brain. The symptoms of psychosis spectrum disorders are also found in dementia, Parkinson’s disease, strokes, and brain tumors—all of which are also characterized by structural and chemical changes and classified as nervous system disorders.

Auditory hallucinations or delusions are not simply a behavioral problem, and any clinician with experience treating schizophrenia will recognize how a patient’s thoughts, emotions, and behaviors are hijacked by a biological process beyond their control.

In the lab, many genetic, post-mortem, and neuroimaging studies have demonstrated clear evidence of schizophrenia’s biological underpinnings. For example, if one twin in an identical pair has schizophrenia, the other has a 50% chance of also developing the illness, even if the second child was raised in a different environment. This number is comparable to that for Alzheimer’s disease and greater than that for Parkinson’s disease.

If schizophrenia’s neurological basis is obvious to clinicians and scientists, why is it still considered a mental or behavioral problem? The answer is a complex mix of historical factors that have led to a broad misunderstanding and mistreatment of those living with schizophrenia.   Regardless of the cause of this disconnect, there is an urgent need to bridge the gap. For many individuals with schizophrenia, it is literally a matter of life or death. 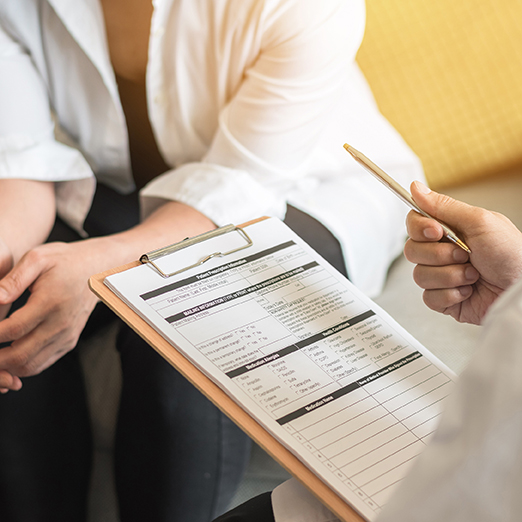 How does the classification process work?

The World Health Organization (WHO) classifies diseases—including neurological conditions—through the International Classification of Diseases (ICD). Once this organization approves a new ICD revision, it is submitted to the World Health Assembly for approval. In the United States, the Centers for Disease Control and Prevention’s National Center for Health Statistics implements the ICD through diagnosis codes used for billing by physicians.

How can you help?

Stand with us to advocate for reclassification by taking the pledge today.

In case of emergency,

call the Suicide Hotline at

Information on this website is not intended to be used for medical diagnosis or treatment.